News feature in the Hereford Times (06/06/13) about i-piggy’s bid for crowd-funding and our plans to sponsor and pilot in up to three towns – click on the image for the pdf.

i-piggy’s listing goes live on the Seedrs Investment Platform – A great opportunity for us to raise the funds needed to take i-piggy to the operational stage and start helping town centres, local business communities – as well as hard-pressed customers!  You can now invest from £10 in the i-piggy proposition. 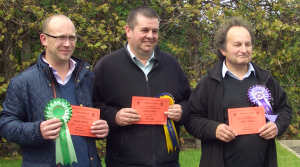